You know what the neatest thing about Paranoia STUFF was?

(Except the fact that it gave the writers the opportunity to go crazy ape-shit and come up with some of the most ludicrous R&D gear you would ever care to force unwillingly upon your Troubleshooters.)

(Indeed, to be honest, it was also the opportunity to be insanely competitive. I have a clear recollection of keeping a tally and wanting, so very desperately, to keep ahead of the other writers. And come up with the most satisfying sadistic creations.)

It was the opportunity to tap into our wider presence on the web and beyond introducing our alter egos and personal sites. STUFF was about the vague and aimless world of the Internet – or the C-net in-game – where you could pick up bargain and send credits off for questionable products advertised through dodgy banner ads.

(It also gave me the opportunity to come up with “official” rules that rendered Cyberpunk-style prosthetic replacements into the PARANOIA-setting, with all the suspicion, dehumanising and potential for hilarious malfunction you’d expect.)

The Omega Complex even got its own banner ad – which included a portrait of my ULTRAVIOLET Programmer alter ego Costin-U-MOR-6, who survived the trials of the Toothpaste Disaster and spent some time hanging out around PARANOIA Live.

(Costin-U-MOR originally had a resemblance to Billy Zane in hair-free mode.)

In the end, he took off into the Underplex and hasn’t been seen since. 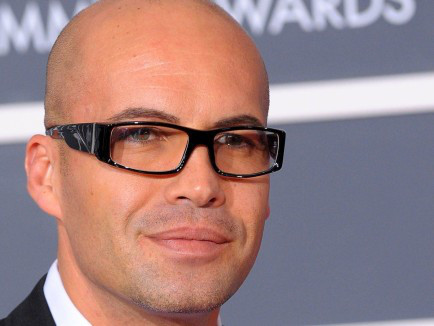