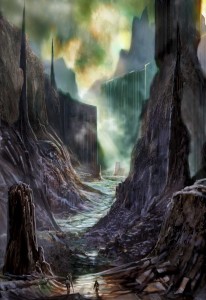 OK. I can see why someone might baulk at the idea of running a big adventure like Beyond the Mountains of Madness. A big book with a lot of stuff going on. I have been juggling a PDF and physical copy for research, running from the electronic version.

Yes, the book provides a relatively linear path at the outset, but characters – and more specifically players – rarely following the linear path of least resistance. Indeed, they deserve more than that.

If you want someone to engage with an adventure for 20 – 25 sessions, they warrant some respect from the Keeper / GM.

I have been trying to read around the adventure as much as possible, as well as slowly digesting the massive tome itself. I can sort of understand why scholars of the Mythos suffers mental stress reading ancient and esoteric tomes. This sort of thing stretches the mind.

Week #1, we rolled up characters. Week #2, three of the five characters engaged in prologue activities, prior to September 1932 when the adventure proper kicks off. Now, we have Week #3, with some catch-up prologue for the two missing from Week #2 and the first activities of September.

I spent some time reading pages of Endurance this morning over breakfast (picked up a secondhand copy). The story of Shackleton’s journey to the South Pole during the First World War, filled with pictures from expedition photographer Frank Hurley.

While it’s 20 years out of date from the perspective of the adventure, it does offer a little insight into the horrible conditions and the choices faced by an expedition who failed to make the right choices up front…

I have found myself looping through the text of the adventure, not making as much progress as I’d hoped. In a perfect world, I had hoped to have read the whole thing by now. Instead, I have about 60 pages of adventure and a similar amount of Appendix reading done. I have also read the original At the Mountains of Madness twice, as well as various articles on polar exploration.

I’d like to have the mean to drop in a little foreshadowing by knowing exactly what will happen later on. I have read through some of the later material in a disjointed fashion, but more rigour seems necessary.

On the other, maybe I worry too much!